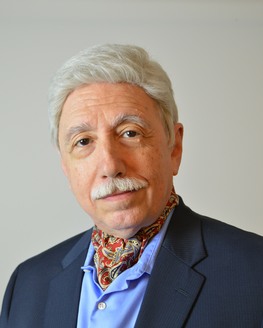 Book (and other) Reviews

One of the nearly universal traits of writers is that they read a lot. I’m certainly no exception. My home has always been something of an obstacle course, with stacks of books and magazines piled up in front of full bookcases. There was always a book sitting in the wire stand at my place at the kitchen table (these days the book is frequently replaced by my tablet, but still generally displaying a book). There’s usually another book in the bathroom, and another on the arm of my recliner. When this page was first written (2005), I was reading Dick O’Kane’s Clear the Bridge in the kitchen, Corwin Mendenhall’s Submarine Diary in the bathroom, and Poe in the living room.

More books surround my computer. These are generally the ones I’m using in my writing. There are a couple of dictionaries, a thesaurus, html guides, several almanacs, and some old Navy training manuals, including two different copies of the Bluejacket’s Manual (1940 and 1946). In 2005 there was also a microfiche reader sitting next to the computer, loaded with microfiche copies of World War II submarine war patrol reports for that project (today the National Archives provides rather better copies on DVD, and the reader has long since been retired).

Of course, not everything I read relates directly to submarines. I’ve been a member of the United States Naval Institute for several years, and regularly devour each issue of Proceedings when it arrives in my mailbox. Articles on subs aren’t that unusual, but the magazine covers all aspects of naval concern. And my shelves are filled with computer books, car books, assorted collections of newspaper cartoons, comic book anthologies, graphic novels, loads of play scripts and musical scores, and lots and lots of fiction.

Not everything in my library is exactly current. From where I’m sitting I can see a user’s manual for LotusWrite 2.0, and another user’s manual for  MS-DOS 4. If it’s a book, I have a hard time throwing it away. I also have a closet full of old computer parts and obsolete software I really do need to clean out, if only to make room for more junk.

There’s a lot of theater stuff on my shelves, which is only natural for an actor and playwright. Some of the scripts date back as much as 40 years. There’s a copy of The Music Man script I bought from Dennis Zack when he was closing down Signet Players in Cleveland, sitting next to The Merry Widow script I used in the Cleveland JCC production during the winter of 1973-74. A rather high percentage of the theater books are Kindle editions stored on one of my two Kindles, or on my tablet, which makes for very convenient reading.

Since I read a lot, I naturally tend to form opinions on what I read. Some books I find useful, some are enlightening, and a few are so bad I just give up in disgust partway through. A few years back there was a biography of William Shatner that was so bad I could feel my IQ declining as I tried to wade through it. I’ve always felt that Victor Hugo could stand some editing, particularly when he decides to describe a Paris neighborhood roofing tile by roofing tile. I’ve also felt it might be nice if he let a few more characters live through the book, but Hugo is Hugo and you can generally expect most of the people in his books to die (young people who are only familiar with The Hunchback of Notre Dame through the Disney cartoon tend to find themselves horribly shocked when they actually read the book and realize that damn near everyone dies, and Phoebus is actually kind of an asshole). I’m not going to review books I find so awful I can’t finish them, but I will review some that I find flawed, but with redeeming qualities.

I’m not limiting my reviewing to books, by the way. I figure it doesn’t hurt to throw in a few movies, various products, and whatever else impressed me over the years. Don’t expect these to always be too current. I’m the sort of guy who hardly ever goes to movies while they’re still in the theaters. It’s too expensive, and I don’t really care for going alone and haven’t had much luck with dating in the last few years. Live theater I’ll go alone, but theater reviews aren’t that useful once the show closes.

A lot of the reviews linked here are fairly old, but I’m adding a few new ones now that I’m updating the site. Reviews can be accessed using the links below, or from anywhere in the site using the drop-down links on the navigation bar.

This reading list is a list of books I’ve read, but haven’t reviewed. The links will take you to Amazon.com, where you may purchase the book. If there’s no link, it means the book is either out of print, or isn’t currently available from Amazon. If I decide to review the book I’ll move it up and add a rating.

The Joy of Work, by Scott Adams
The Submarine: A History, by Thomas Parrish
The Cruel Sea, by Nicholas Monsarrat
Iron Coffins, by Herbert Werner
The Fleet Submarine in the U.S. Navy, by John D. Alden
Why Me?, by Donald E. Westlake
MASH, by Richard Hooker
Man of La Mancha: A Musical Play, by Dale Wasserman
Debt of Honor, by Tom Clancy
Executive Orders, by Tom Clancy
The Bear and the Dragon, by Tom Clancy
Dead Solid Perfect, by Dan Jenkins
United States Submarines, by Naval Submarine League
Memoirs: Ten Years and Twenty Days, by Karl Dönitz
Submarine, by Edward L. Beach
Berlin Diary, by William L. Shirer
The Rise and Fall of the Third Reich, by William L. Shirer
Fugitive From the Cubicle Police, by Scott Adams
Submarine Diary, by Corwin Mendenhall
Song of Spiderman, by Glen Berger
Sunday Nights at Seven, by Joan and Jack Benny
To the Last Salute, by Georg von Trapp
Duel of Eagles, by Peter Townsend
Warrior Queens, by Daniel Allen Butler
Mr. Blandings Builds His Dream House, by Eric Hodgins
Eagles of Mitsubishi, by Jiro Horikoshi
Twenty Million Tons Under the Sea, by Daniel V. Gallery
Captain Bligh and Mister Christian, by Richard Hough
Baby, Would I Lie?, by Donald E. Westlake