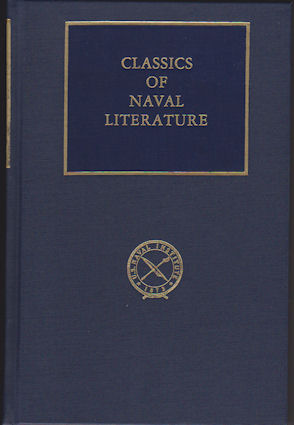 Run Silent, Run Deep might well be called the holy grail of submarine novels. It’s the one everyone who comes later has to live up to. During World War II, Ned Beach served on three different submarines. He was a member of Trigger’s commissioning crew, and remained with her for ten war patrols, in the process rising from assistant engineer to executive officer. He then went on to do one war patrol as XO in Tirante, before taking command of Piper during the final months of the war.

In Piper, Beach made a single war patrol, which ended prematurely with Japan’s surrender, and before he had an opportunity to sink anything. He did rescue some Japanese sailors, which he later commented seemed, all in all, probably a better way to end the war than with more killing.

Beach wrote Run Silent, Run Deep while serving as Naval Aide to President Eisenhower, and it was published by Henry Holt and Company in 1955. It quickly attained best seller status, and in 1959 was made into the classic movie starring Clark Gable and Burt Lancaster. (The movie actually had very little in common with the book, other than some character names; Beach himself commented that the producers “filmed the title.”) The edition being reviewed here, which includes an Introduction by Edward P. Stafford, is published by the Naval Institute Press as part of their Classics of Naval Literature series.

The novel’s protagonist, Lieutenant Commander Edward “Rich” Richardson, relates the story in first person. The premise is that Richardson has received the Medal of Honor, and he’s telling the story on audio tape. A brief “cover letter” indicates that the tape will need editing, as Richardson has included entirely too much personal matter, instead of just sticking to the actual events. All that personal stuff is, naturally, what we’re really interested in reading.

When the story begins, Richardson is stationed at the Naval Submarine Base New London (which, of course, is located in Groton, CT, on the opposite side of the Thames River from New London), in command of the elderly S-16. His executive officer is Jim Bledsoe, initially a close friend. With Europe already at war, the Navy is building up the submarine force. Experienced officers are going to new construction, and there is a push to move qualified executive officers up to command the older boats. Richardson is offered a new boat, but only if Bledsoe can take over his present command.

This is where the conflict begins. Richardson has every confidence in his XO—as an XO—but he isn’t 100% certain that the younger officer is quite ready for a command. In the end, he decides to make the recommendation. Richardson wants to move up to that fleet boat, and Bledsoe is eager to get his own boat. And there is a certain amount of pressure from above.

When a test is arranged, Bledsoe seems fine at first. Then, when an emergency situation arises, he makes wrong choices. At one point Richardson nearly drowns inside the conning tower when the hatch jams and can’t be closed completely. Richardson knows the commodore is going to fail Bledsoe, so he withdraws his recommendation for command instead. He figures it’s just a matter of needing a little more seasoning.

Bledsoe doesn’t see it that way, taking the whole thing personally. He fails to recognize where he made his mistakes during the test and blames his failure on Richardson. And when both of them fall for the same girl, Bledsoe does everything he can to insure she’ll dislike his CO, even though he recognizes that his own interest in her doesn’t go as deep.

Not too long after this, S-16 is sold to the Poles, and Richardson gets his fleet boat command, U.S.S. Walrus, a new Gato class boat. He takes Bledsoe, and the rest of S-16’s crew with him into the new boat.

Somehow, the two men manage to make an efficient command team. Richardson is probably trying harder than he should, but he makes it work. When Richardson is injured and has to temporarily go ashore, Bledsoe gets command of Walrus. During a patrol in the Bungo Straits Walrus is lost with all hands, the victim of a Japanese destroyer captain nicknamed Bungo Pete.

Richardson, during this time, is busy at Pearl Harbor investigating problems with the Mark 14 torpedo. There have been too many failures, including a number experienced by Richardson in Walrus. In real life, Swede Momsen conducted these tests. Here it is Richardson, though the tests themselves, and the methods and conclusions, are the same as Momsen’s.

His injuries healed, Richardson is sent back to sea in Eel, determined to get Bungo Pete. And here is where, perhaps, the greatest conflict of the book arises. With Bungo Pete’s destroyer sunk, Richardson realizes that the man himself, within easy reach of land, is still alive and heading for shore, where he will presumably get a new command and take up right where he left off. Richardson sends everyone else below, staying on the bridge with the hatch closed, and passing helm orders that result in running down both Japanese lifeboats. He wants Pete permanently removed, not just temporarily out of action.

Richardson knows that his actions are questionable. He deliberately keeps everyone below so as to distance them from his actions, and clearly expects official repercussions. Beach asks a moral question here. Is a ship’s boat, carrying a particularly efficient destroyer captain and a crew of highly skilled sonar techs back to a friendly shore to be considered a safe haven for those men, falling into the general category of shipwrecked sailors? Or is it analogous to a fleeing murderer who has made it clear that he is running mostly to get to is next victim, and only secondarily to get away? Is killing Bungo Pete murder? Or is it preemptive action to save the lives of other American submariners? In this context, Richardson’s actions may be somewhat less ambiguous than some similar events during the war.

Peter Townsend said that, while he never did it himself, it was an accepted rule in the RAF that a German pilot parachuting over German territory remained a legitimate target, though the same pilot would be off limits if he was going to land on the British side of the line where he could expect to be captured. As long as he could return to the fight, he could be shot in his parachute. Mush Morton shot up boats carrying what he believed to be Japanese troops to safety after he sank their transport. Dick O’Kane, who was there, was quite firm in insisting that only the boats, some of them quite large, were targeted, and not the men aboard them and that, in any case, the Japanese were the first to fire. Nothing happened to Morton over this, though in the last few years, with all the participants safely dead, the second guessers have become a lot louder.

In the end, Beach leaves it up in the air. The reader has to decide if Richardson was justified. His actions shortly after the Bungo Pete sinking, which are what earn him his Medal of Honor, certainly appear to override any negatives in the eyes of the Navy. He even gets the girl in the end.

As submarine fiction goes, you can hardly get better than this. Ned Beach brought Richardson back in two other novels, Dust on the Sea, which continues the story from where Run Silent, Run Deep leaves off, and Cold is the Sea, which takes Richardson and a few of the other characters into the Cold War and the nuclear Navy. Both are highly recommended.