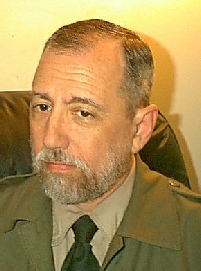 The interviews linked from this page span the period from 2001 to the present. For the most part, I’m interviewing myself, though a number of the questions originally came from readers in one email or another. The interview conducted by Jacob Thomson is an example of an actual person being interviewed by a fictional person. Thomson is a pen name that I used for writing horror and supernatural stories.

I suppose you can see a progression in some areas over the fourteen year period covered by these interviews. I don’t think my politics have changed, exactly, but the parties certainly have. There was a lot of doubt about things like climate change back in 2001, and there’s really none today, except among a group of pseudo-conservatives who can’t seem to get past a promise made to a mythical sailor by a mythical deity that there would be no more floods, and somehow manage to ignore reality when it conflicts with their myths. There’s a good bit of that in the 2014 interview. The others are mostly linked to book releases and talk about the books and how they came about.