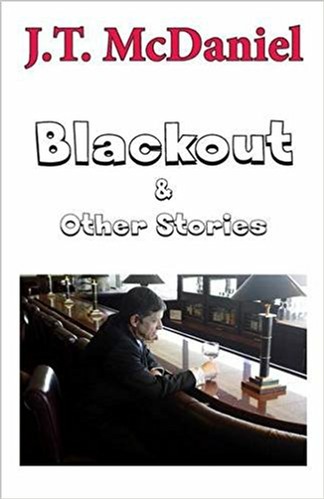 An eclectic collection of short stories by the award-winning author of Bacalao and With Honour in Battle. Blackout & Other Stories has a little something for every taste. Three of the sixteen stories have never previously appeared in print.

The stories range from the hard-boiled title story, to more of McDaniel’s popular submarine adventure stories, to ancient civilization fantasy, strangely civilized, or not so civilized vampires, and even a bit of science fiction. Here you’ll find demigods and vampires, cabala and murder, fleet boats, U-boats, “unbelievable true stories” that never happened, and a very unusual duel between a battleship and a carrier task force.

Blackout: A hard-boiled mystery with an unusual twist.

Eighteen Hours: An American submarine and a German U-boat find themselves in a protracted duel off the east coast of the United States.

Survivor: After being torpedoed by a Japanese submarine, a destroyer’s crew must somehow stay alive until someone notices they’re missing. If anyone ever does.

The Collinsville UFO: A “true” account of an unidentified flying object seen on 3 June 1847 at Collinsville, Indiana.

Conflict of Interest: A suburban housewife and school board member is under pressure from her pastor to remove Harry Potter from the school libraries.

Skagerrak: A prequel to With Honour in Battle.

A Big Disappointment: How do you handle it when you’re playing in the World Series against the team you grew up rooting for and your mother won’t talk to you?

Memoir: Some recollections from a most unusual vampire.

The Life of Salmik the Great: Another Gehunite Empire story. This is essentially a biography of the empire’s founder, loaded with supernatural meaning.

Predator: A serial killer has picked a new victim. He may not have made the wisest choice.

A Patient Man: On his deathbed, an aged funeral director reveals what really happened to his old employer’s odious son all those years ago.

Castle Grosshelm: German prisoners of war are put to work excavating a ruined Romanian castle by their Russian captors. Sometimes things should just be left buried.

Mission Twenty-Five: The bombardier recalls what happened on his plane’s twenty-fifth bombing mission. The one that, if they survive, means they get to go home. You can see the author reading this one on YouTube.

Return to Duty: The third Gehunite Empire story. Commander Julia Maniah returns to her dry-docked submarine on the morning Arzucalda decides to start a war.

Blackout & Other Stories may be ordered from your local bookseller, or from these online retailers: