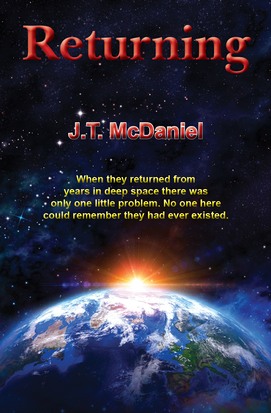 With his new science fiction novel, Returning, J.T. McDaniel returns to the world of full-length fiction after several years devoted to writing short stories, essays, and plays. It also marks the end of more than forty years of development for this particular novel, during which the story grew and evolved from a simple story that shared characters, but none of the plot, with the final version.

By Rite of Word says: “Author J.T. McDaniel has crafted an engrossing story, combining alt-history and sci-fi dystopia with a realism that seems chillingly plausible. I found the idea of an FTL drive that travels point to point, taking the ship effectively outside time, to be a particularly nice twist to the story, and the segments of the book set on earth were all too possible in the current political environment.”

Joyce Faulkner, the award-winning author of Vala’s Bed, Windshift, In the Shadow of Suribachi, and USERNAME, declared: “Returning is part fantasy, part science techie, part political drama—and great storytelling. It begins with a diverse crew preparing to leave their home planet of Barzak in a very special starship named Warrior. Most of the action, however, takes place 86,000 years later when they return home for a visit. Exotic, well-written, and captivating. I didn’t expect to love Returning quite so much. It made me laugh and it made me think. Isn’t that the point of literature?”

Jeff Edwards, the best-selling author of Sea of Shadows and Steel Wind Rising, had this to say about Returning: “A brilliant twist on the classic first contact scenario. Imagine the kind of pulse-pounding adventure you’d expect from a Jack Campbell novel, wrapped around an incredibly clever idea. J.T. McDaniel has created that rarest of all things: a thought-provoking novel that’s also pure page-turning fun.” 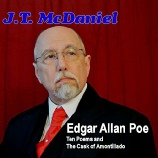 Edgar Allan Poe: Ten Poems and
The Cask of Amontillado 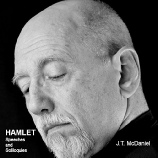